Nebraska Preview – Children of the Corn

Posted on January 1, 2013 by eethomaswfnc 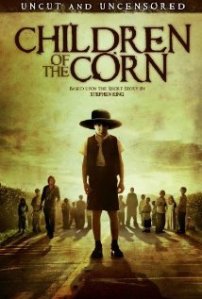 Living in Nebraska may drive you to this

Later this afternoon, the Georgia Bulldogs will close our 2012 campaign in the Capital One Bowl against the B1G runners-up, the Nebraska Cornhuskers.  The Huskers are a college football blue blood with one of the deepest traditions of excellence especially on defense with the Black Shirts.  Our Dawgs have a lot of play for even though this game has to be a letdown for a team so close to playing for all of the marbles.  With that, let’s get to the preview.

When Nebraska Has the Ball 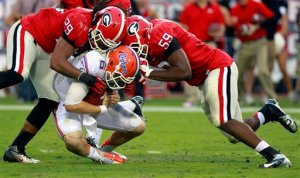 Although the Huskers don’t run the I-option that shredded SEC teams in the 90’s under Tom Osborne, Nebraska still relies on a power running game led by dual threat quarterback, Taylor Martinez.  Frankly, these guys remind me somewhat of Florida’s offense with a quarterback who can really run it but can throw if you sell out to stop the run.  They have two talented running backs and will run the ball at us until we prove we can consistently stop it.  I have a feeling we’re going to put our defensive backs in man coverage and force them to run against 7 and 8-man fronts.  I hope this defense shows up with the same attitude they did in Jacksonville to play physical football and force Martinez to beat us with his arm.

The key on defense is whether we can go man on man against the Huskers’ offensive line and get a push.  We must make Nebraska play behind the chains on early downs and force Martinez to throw the ball.  Our inside linebackers must play better than they did against Alabama.  I worry about the absence of John Jenkins and its impact on our depth up front.

When Georgia Has the Ball

Everyone is aware of the struggles of the Nebraska defense as they gave up yards and points by the bunches to Wisconsin in the B1G championship game and to Ohio State in the regular season.  I look for Bobo and Murray to attempt to exploit Big Red’s front 7 with Gurshall and a fast-improving offensive line.  I also expect that Bo Pelini is going to have his guys sell out to stop the Georgia running game as film has shown that teams who have had success against us were able to neutralize #3 and #4.  With the nation’s top pass defense in terms of yards allowed per game, Pelini probably is going to pick his poison with the idea that he has a fighting chance if he makes Aaron Murray beat him rather than being gashed by Gurshall.

The key to a Georgia win is the play of Aaron Murray.  He doesn’t have to throw for 300+ yards for the Dawgs to win.  He does have to read the defense, get us into the right play, and get the ball to his playmakers.  If Murray can manage the game properly, we will have the chance to generate yards and produce a lot of points.

In terms of talent, Georgia clearly has the edge in Jimmys and Joes with better talent across the board.  In terms of motivation, I have to give the edge to Nebraska as they looked absolutely terrible in their last game and want to show the nation it was a fluke.  If Georgia wins the turnover margin by +2 or more, Georgia covers the spread easily.  If the turnover margin is between -1 and +1, Georgia wins but may struggle to cover.  If Georgia loses the turnover margin -2 or worse, we may win but will likely get upset.  I look for the Georgia seniors along with Jarvis Jones and Aaron Murray to make sure this team doesn’t go through the motions tomorrow.

A win pretty much assures the Dawgs of a top 5 finish and puts this team alone with the 1980 national champions and the 2002 SEC champions as the only teams to win 12+ games in a season.  While I think the Dawgs will struggle to get started, they eventually take over the game with the talent edge and team chemistry get it done.

This entry was posted in Georgia Sports. Bookmark the permalink.