5 Golf Courses I Would Crawl over Broken Glass to Play

Posted on August 3, 2010 by eethomaswfnc

A few weeks ago, I put up a post of the top 5 golf courses I’ve played.  After playing the Old Course at St. Andrews, I thought about the 5 courses I would crawl over broken glass to play once.  I decided not to take Golf Digest’s list of the 100 Greatest Golf Courses and choose the top 5.  Some of these are based on difficulty, tradition, or location: 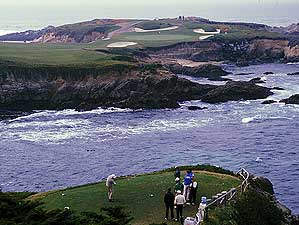 4) Bandon Dunes – After seeing the Castle Course up close during my trip to Scotland, I would love to play David McLay Kidd’s masterpiece on the Oregon coast.  Bandon looks as close to real links golf in the U.S., and the scenery is probably better than the Scottish seaside.  When my Bulldogs make the trip out to Autzen Stadium in a few years to play Oregon, I want to go make the trip to tee it up here.

3) Whistling Straits – Part of the American Club Resort in Wisconsin, the Straits is hosting this year’s PGA Championship later this month.  I’ve heard that people say if you were blindfolded and dropped in here, you would swear that you were in Ireland instead of Lake Michigan.  The Straits is one of the most difficult tracks in the U.S. 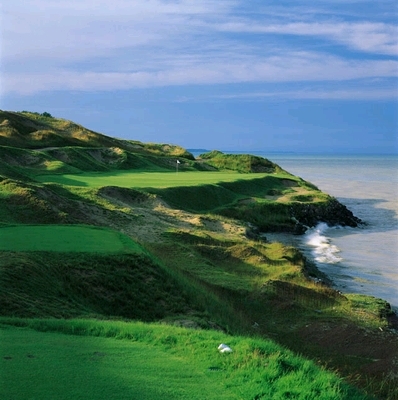 2) Muirfield Village Golf Club – Muirfield Village is the host of the Memorial Tournament, one of the most prestigious events on the PGA Tour.  While one of America’s top 20 golf courses, the reason this course is so high on my list is its connection to the greatest player ever to play the game and my favorite player, Jack Nicklaus.  To tee it up at Jack’s place would be something special.

1) Augusta National Golf Club – The Masters is my favorite tournament of the year.  I’ve been to the course a number of times and made my first trip on the weekend on Saturday this year.  Augusta National is truly one of the cathedrals of sports.  I know people who have played it, and the drive up Magnolia Lane was the highlight of the day.  Jack Nicklaus says that #12 is the most difficult hole in championship golf.  I think #13 is probably the best hole on the planet.

There are mine.  Please insert yours in the comments below.

This entry was posted in Golf. Bookmark the permalink.